Every Part of the Buffalo

It all started with a packet of licorice that a friend gave to John.  Just as he finished the last piece and I was about to throw the bag away, I thought, "What really cute packaging.  It seems a shame to throw this away.  I wonder if there is something else I could store in it for a while."  Laugh if you will.

Then I was reminded of when I was in high school, there was a trend where the girls started carrying purses that were made of empty, sewn together Kool-Aid pouches.  Alas, I never had one.  But this got my wheels turning.  I turned to Pinterest to see if this was still a thing.  It is.  I even saw some totes made out of plastic coffee bags.

Then I remembered that a while back I had pinned a tutorial for a tote made out of a chicken feed sack.  Perfect!  I go through plenty of chicken feed sacks.  In my excitement, I started telling Colton about Kool-Aid purses and feed sack totes.  He was smiling (sort of), but I could tell he was questioning my sanity.

"You want me to start saving trash?"

But not without sarcastically saying, "Because we use every part of the buffalo in this household."

We had a good laugh about it and he teased me a bit more (and I'm still going to make those feed sack totes).  The funny thing is that we have started to seriously adopt that saying.  Now I am not advocating saving worthless trash.  That is a good way to end up on an episode of Hoarders.  But we are trying to look at cutting back on waste and seeing if there is a way to get more use out of things before tossing them.  (The key is that is does actually have to be useful or beneficial and worth my time, otherwise it's just clutter.)  It is one more way to stretch those hard-earned dollars, which is becoming more and more necessary as we see the price of just about everything going up!  It also puts into effect one of my favorite sayings:

"Do what you can, with what you have, where you are."

So this week, in keeping with my Unfinished Project theme, I went through my mending basket, in which I not only have mending, but also old clothes that are past saving.  They may no longer be wearable, but I can still pull them apart for materials!

I had three sleepers that James had outgrown, but not before he wore holes in the knees.  I harvested the zippers out of them (they are very long, but zippers can be shortened) and cut rectangles out of the biggest parts of the fabric.  I serged the edges and now I have three soft baby washcloths. 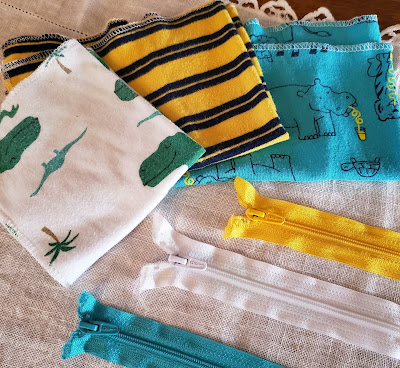 Another thing I had in my project stack was this box. 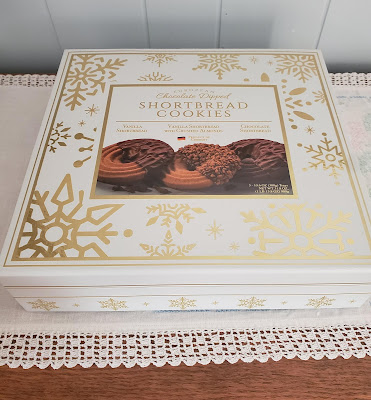 This is what I bought when Colton sent me into Sam's Club by myself while he stayed in the car with the sleeping children.  I am not responsible for my actions when left unsupervised in the seasonal goody section and there is European chocolate.  They will get me.

Once I  we had eaten all of the cookies, I was about to throw the box away when, if you can believe it, Mr. You-Want-Me-To-Start-Saving-Trash said, "Are you sure you want to throw that away?  It's a good box."

He was right.  It was just like those decorative boxes they sell at the craft store.  It even had a magnetic closure.  I made it over into this using what I had on hand: 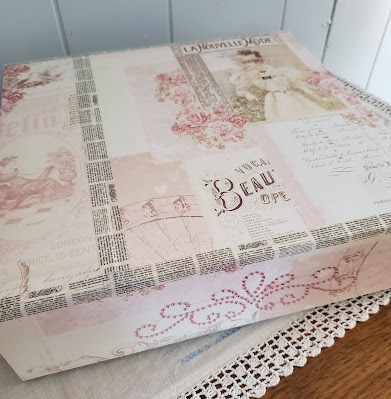 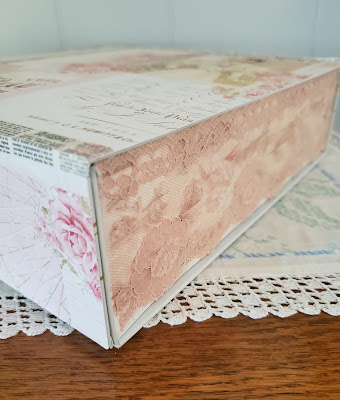 So basically, if you want to think of it this way, it was like buying a decorative box at the craft store, only this was cheaper and it came with cookies.  Thank you, Colton.

Have you ever saved anything from the trash to turn it into something useful?

I would love to hear from you! Please keep your comments kind.

"Let no corrupt communication proceed out of your mouth, but that which is good to the use of edifying, that it may minister grace unto the hearers." Ephesians 4:29

Kelsey
I am a Christian wife and mother who has embraced her role as homemaker for ten wonderful years. An unusually old-fashioned millennial, I enjoy gardening, preserving, baking, crafting, and simple, frugal living. 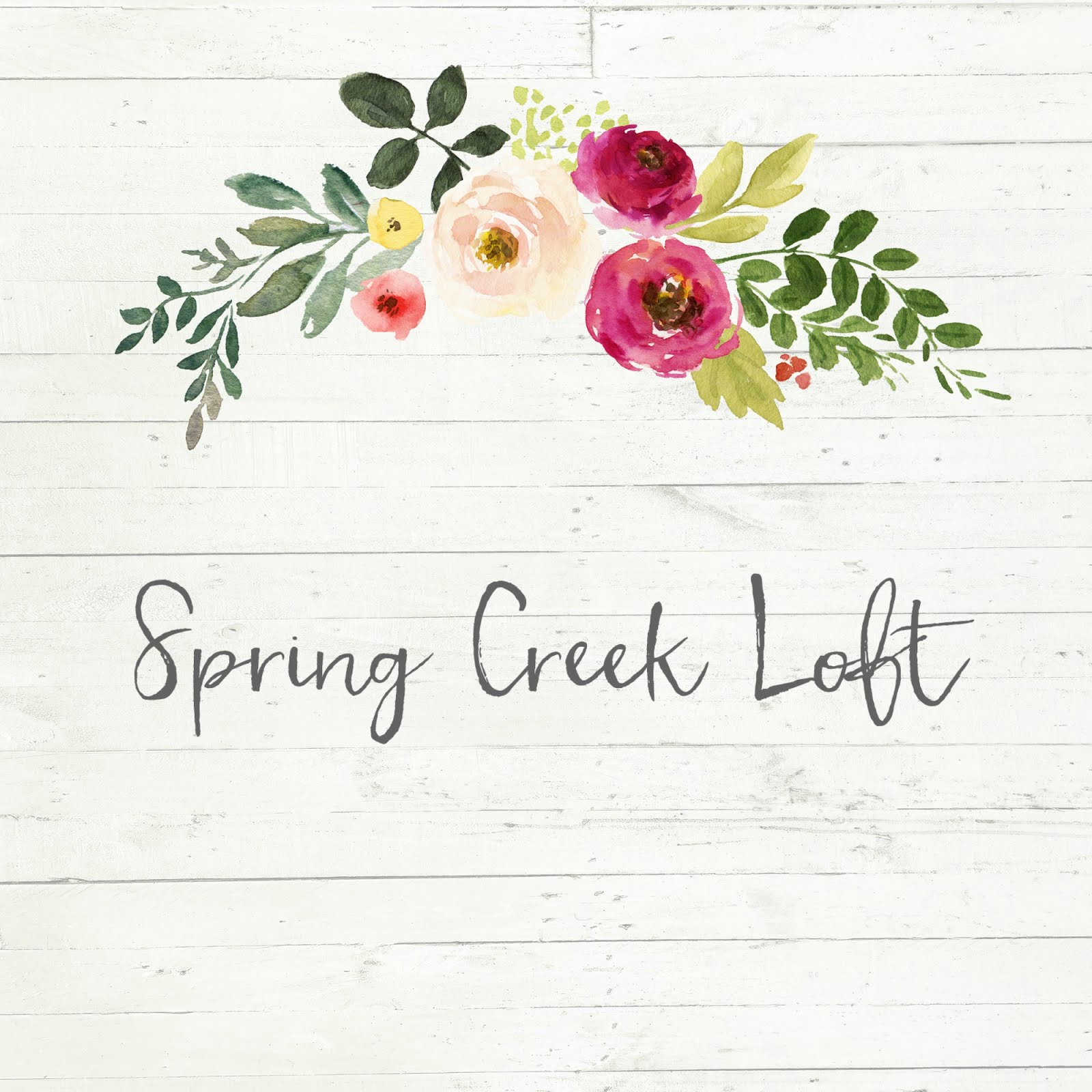